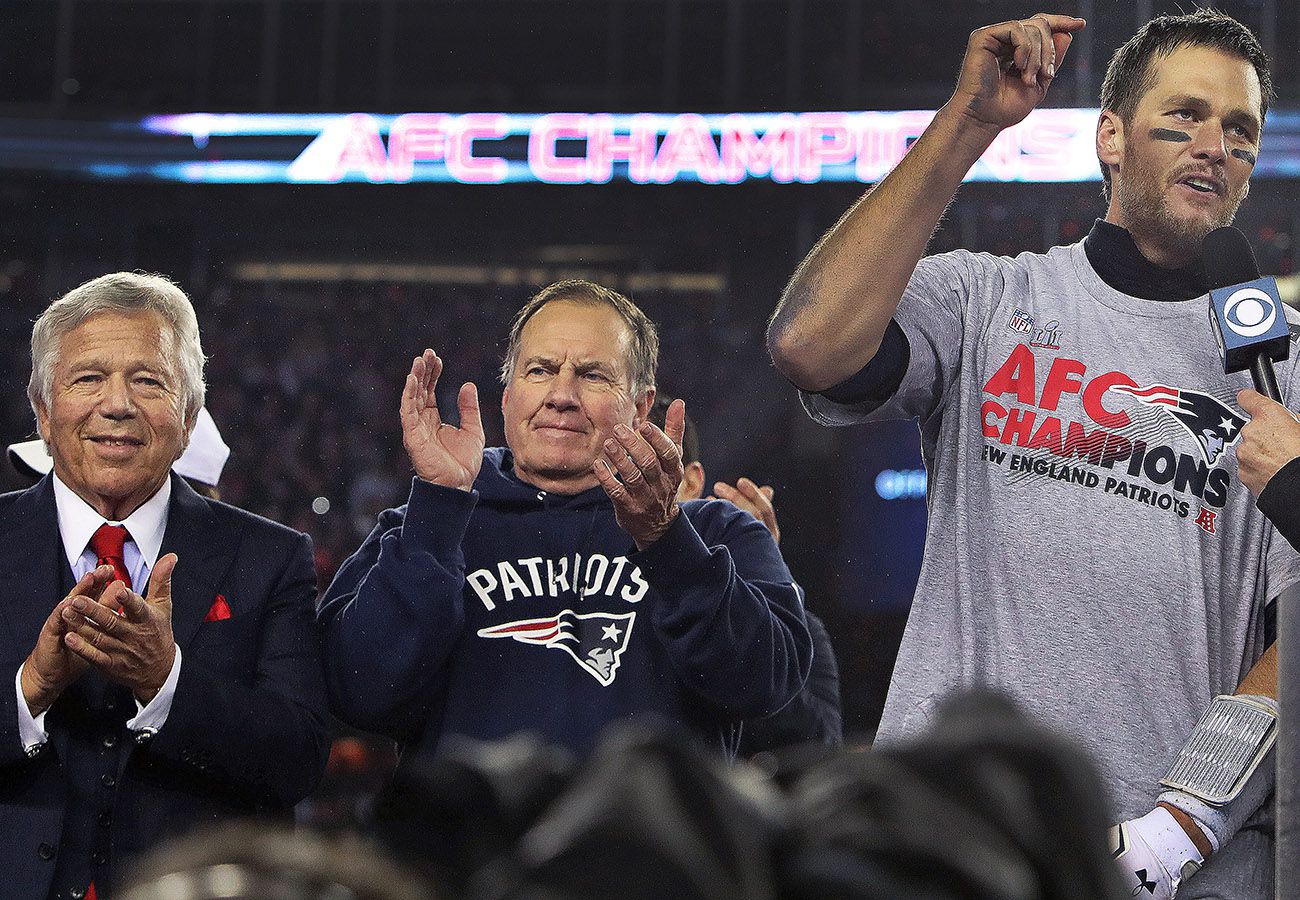 The purpose of the survey is to gauge fans’ opinions on notable issues and personalities with the Patriots, Red Sox, Celtics, Bruins and Revolution, as well as the local sports media scene. As usual, the results are mostly logical, but with a few surprises and perplexities mixed in.

Here are some of what I thought were the most notable or curious takeaways from the survey, which was generated by an email poll of 15,898 New England sports fans on the 6th to November 15.

Standing caress: Despite Brady’s departure, the Patriots remained the favorite team in the region, winning 45% of the vote. They finished first in this category in each survey year, peaking at 51 percent in 2017. The Red Sox finished second in the poll (22 percent), which is about 21 percent higher than what I expected. The Celtics (16%) and Bruins (15%) were close as usual. However, when the word changed from “favorite” to “admired,” the Patriots jumped to 55%, while the Red Sox fell to 4%. It’s almost like they’ve traded a generational superstar or something.

Own : I’m not sure if this is a contradiction or just proof of a complicated situation with Brady’s departure, but Belichick got the highest percentage of the vote (46%) on a question asking which coaches / managers do you admire the most for the way they coach / manage their team. But 85 percent of respondents said the Patriots had changed for the worse in the past year. I think this is the right way to look at it on all fronts. It is worth noting that for the first time in the nine years of the survey, Kraft was not the best answer to the question regarding the ownership of the team that has done the best job in the past year. Wyc Grousbeck, Steve Pagliuca and the Celtics’ owners team finished first with 42%, down from just 6% last year. Kraft has gone from 67% last year to 23% this year.

Then aboard the ducks: You would never know from “Trader Danny has to do something!” Sports radio caterwaulers who couldn’t have picked Jrue Holiday in the Pelicans team photo, but the Celtics checked in first (46%) when asked which team had the best chances of winning a championship soon. The Patriots have gone from 56% last year (and a high of 83% in 2017) to just 4% this year. I bet that number would have increased significantly if the poll had been taken after Sunday night’s win over the Ravens.

Tampa Tom: The 1-2 responses to the worst thing that has happened in Boston sports this year were the departure of Tom Brady (38 percent) and Mookie Betts who was traded to the Dodgers (28 percent). Seven percent said Brady was becoming “a diva / prima donna / too good for us” which is only the perfect Boston’s response. “Do you think you’re too good for us now, Tommy?” Eh? Do you? Living at Jeter with jet skis and all that? You were never one of us anyway! I’ve never seen you once at Red Wing Diner, even before you started living on nut grass and other weeds!

Bauer power: The player Red Sox fans would most love to see the team acquire is NL winning free agent Cy Young, Trevor Bauer (30%). It makes sense to those of us who have never adapted to the idea of â€‹â€‹Nate Eovaldi, as. Who knows, it might even be realistic. Last year the player who finished first in that survey was current Braves reliever Shane Greene, who was rumored to be a name rumored to be on the trade deadline or something like that. Because you were wondering, Betts registered at 6%. You would think Mike Trout would be here somewhere. I have heard that it is good. As for the most coveted player in other sports: Patrick Mahomes (Patriots), Connor McDavid (Bruins), Cristiano Ronaldo (Revolution) and Giannis Antetokounmpo (Celtics). I’d take Kelly Olynyk out of all these guys.

Other scattered revelations: There was a big divide over the decision to bring Alex Cora back as manager, which matches the varied reactions I’ve heard from fans. Twenty-five percent called it a great decision, while 23 percent called it a bad one. . . Xander Bogaerts has come out as the Red Sox’s most admired player, which should come as no surprise. But second-place runner-up Jackie Bradley Jr. (23%) was a little surprised given how infuriating he can be as a hitter. Hope the Sox bring him back (he’s a free agent). Maybe I’m not in the minority on that after all. . . Patrice Bergeron ranked among the Bruins most admired (28 percent). This is such an obvious choice that the answers might be more interesting if he was disqualified from the question. . . Jayson Tatum was Celtic most admired for what he brings to the team (30%). Marcus Smart, who was third with 15%, would have gotten the vote here, but I understand some of you might think he’s pulling too much. . . Forty percent called the Patriots’ decision not to bring Brady back a bad one. I’m not sure I want to hit the 5 percent who rated it as excellent.

Notes to media: NESN’s Dennis Eckersley was the most popular play-by-play voice or color analyst (23%), with Mike Gorman, the voice of NBC Sports Boston Celtics, coming in second (22%). One of these years they’re going to listen to me and divide it into two categories. Scott Zolak runs away with the radio category (29 percent). . . Michael Felger finished first in Favorite TV Personality (25%), Radio Personality (20%), Sports Radio Show (with co-host Tony Massarotti, 26%), and Sports TV Show (the broadcast simultaneous NBC Sports Boston, 23%). . . Ch. Dan Roche won Local TV’s Favorite Sports Journalist (17%), Tom E. Curran’s Patriots Talk was Favorite Podcast (18%), and Yours truly was named Favorite Sports Writer (16%) . I will understand if you consider this reason enough to ignore all this.