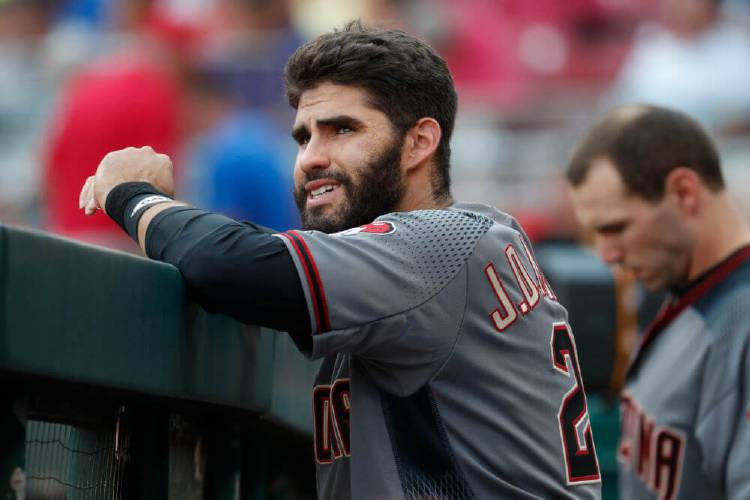 The elves are working overtime and the reindeer are ready to take flight. Santa is coming to town and let’s hope the merry old man has time to wander through Fenway Park, TD Garden, and Gillette Stadium.

Anyone outside of New England will be quick to point out that the Boston sports fan already has plenty of toys. We are the spoiled little kids of the sports world.

The Red Sox have won back-to-back division titles. The Celtics’ new look is atop the Eastern Conference standings and the Bruins have won 13 of 17 games. Meanwhile, Tom Brady and Bill Belichick still run the NFL.

Here’s the thing about being a kid: we always want more.

So just in case Santa Claus is among the To watch Readers, here is a wish list for our pro teams so that we can continue to abuse Boston’s sporting happiness.

This one is easy.

The list has been the same since David Ortiz left training: a real puncher.

That request is now written in capital letters and has been emphasized with emphasis since Boston’s four-game exit in the AL Division series against eventual World Series champion Houston Astros. The bitter taste of defeat has since been associated with the only transcendent talent in the market – Giancarlo Stanton – found in the Yankees stripes.

JD Martinez is the slugger most likely to end up in the back of Santa’s sleigh and drop off at Yawkey Way.

It’s fair to show some concern about bringing in the 30-year-old with a long and lucrative contract, especially given Boston’s recent flops with overpriced free agents. He’s only been named an All-Star once (2015), which coincides with the only season he’s appeared in more than 123 games.

However, he is arguably the most talented hitter left on the market and that puts him at the top of President of Baseball Operations Dave Dombrowski’s wish list.

While the Yankees’ combination of Stanton and Aaron Judge – along with the rest of their young talents – is intimidating, the Red Sox still own the top pitcher and an extra bat will keep the AL East competitive.

If Martinez counts as the gift we know we’re going to receive, can we also claim an ALCS Red Sox-Yankees in 2018?

Around the same time last year, Boston was begging for a legitimate superstar.

Isaiah Thomas should always be loved in Boston, but the Celtics are unlikely to ever win a championship with “the little guy” as the centerpiece.

Celtics president of basketball operations Danny Ainge took the “superstar” off the list with this summer’s hit trade for Kyrie Irving.

While Irving impressed in his freshman year at Boston – his new commitment to defense is the most encouraging aspect of the gifted scorer’s game – there had to be more under the Christmas tree for Ainge and the Celtics. Five minutes after Gordon Hayward unboxed, the free agent’s award was in need of a major repair.

Despite his absence, the Celtics have enjoyed a 16-game winning streak. While the Cs have slowed down lately, they’re one of the best teams in the league, even without the all-star striker in tow.

What can Santa bring that would make the Celtics a championship team this season? A bionic peg would be the perfect Christmas stocking.

Boston is in better shape than expected this season thanks to contributions from everywhere. With the help of youngsters like Charlie McAvoy and grizzled veterans like Patrice Bergeron, the Bruins find themselves in the playoff position for a second straight year.

Four of the Bruins’ top seven scorers are 22 or under. The best of the group – David Pastrnak leads the team with 31 points in 33 games before Saturday – has signed a long-term deal ahead of the season.

What else could a Bruins fan want? A prolonged elimination race.

While the Bruins have enough talent to challenge most Eastern Conference players, it’s likely that the length of a B’s presence in the playoffs is tied to the performance of goaltender Tuukka Rask.

The players are efficient. The goalkeeper is hot. Coach Bruce Cassidy and the Bruins should wish for one elusive trait for a thriving hockey team: durability.

As the holidays approach, the B’s might even encourage the Grinch to steal Christmas so they can keep playing.

There is always one in the family. The one that is incredibly difficult to buy.

Considering that five-time Super Bowl winner Tom Brady already owns the Fountain of Youth, it looks like the Patriots already have it all.

A healthy Julian Edelman or Dont’a Hightower would certainly be fine, but we’ve already hit our peak of bionic body part requests to fix the Celtics’ Hayward.

A recently released pass thrower like James Harrison might make sense, as the Steelers’ all-time sackmaster could bring knowledge about the operation from rival Pittsburgh. But that would likely be more of a gift for Harrison – who has played 40 snaps this season – than for the New England linebacker corps.

So, with private jets struck off the list in the offseason, what do the Patriots want? The same thing New England asks for every year – another Super Bowl.

The path to a sixth title would become much less arduous with losses to Pittsburgh and Jacksonville this week. Pair these potential upheavals with a New England victory, and the Patriots will maintain home ground advantage throughout the AFC playoffs.

A sixth Super Bowl would tie Pittsburgh for all-time bragging rights. This would firmly push the Patriots past the San Francisco 49ers of the 1980s-90s as the greatest dynasty in league history. It would be the 11th Boston Championship parade since 2001.

Is it too much to ask, Santa Claus?

If you haven’t noticed, we’re okay with being spoiled kids.

(Jason Orfao can be reached at [email protected] or on Twitter @JasonOrfao.)

Cowens, a native of Newport, honored at the New England Sports Museum awards ceremony on Tuesday