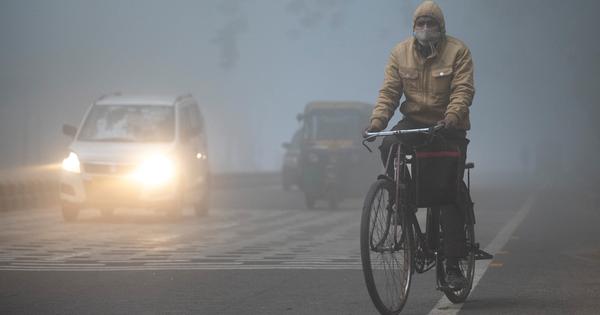 Recently, the Chinese capital has gone on high alert in the face of dangerous deterioration in air quality. The Beijing municipal government immediately cracked down on unnecessary traffic, closed some major highways, closed all children’s play areas, and warned citizens to stay indoors until the crisis could be brought under control.

Beijing administrative officials responded with such haste because the air quality index had climbed to 220, which is considered just a cut below the large-scale emergency in that country.

Here is the kicker. That same day, business was business as usual in New Delhi, even though its own air quality index hovered at an abysmal 313. And many other cities on the subcontinent were even worse, with Meerut peaking at a almost unbelievable 440.

This was all just another weak spot, in an endless contest of bad news for all of us in South Asia. There is no getting around the facts. When it comes to this most vital category of health – the air we breathe – our part of the world performs poorly in all areas.

Air quality of the subcontinent

According to IQAir, the Swiss tech experts who maintain the excellent real-time air quality information platform AirVisual, among the 30 cities with the worst air quality in the world in 2020, 20 were in India only, as well as Manikganj and Dhaka in Bangladesh and Lahore, Bawahalpur and Faisalabad in Pakistan.

Aggregated slightly differently by country, which takes into account many additional locations outside of major cities, IQAir’s results are not particularly different. The three most polluted in the world are classified as follows: Bangladesh, Pakistan and India.

It should be noted that these terrible findings exist on a continuum, where very few cities or countries can legitimately claim that they are doing a good job of managing air quality. For years, the World Health Organization has warned that more than 90% of children around the world are forced to breathe air that does not follow safety guidelines.

But even by these very poor standards, the air quality is particularly bad – and only getting worse – in South Asia, and the roots of this problem are exactly the same as most of our other problems: majority of our fellow citizens.

If you’re looking for a bottom line, this is it: Poverty Kills.

That is why, when releasing data from the World Health Organization in 2018, Director-General Dr Tedros Adhanom Ghebreyesus said that â€œair pollution threatens us all, but the people the poorest and most marginalized bear the brunt of the burden â€.

â€œIf we don’t take urgent action on air pollution, we will never be close to achieving sustainable development,â€ he said.

He was remarkably polite. In fact, our reality of toxic and deadly air quality belies any national claim for progress and improvement. What’s the point of soaring stock markets, booming imports and exports, and rising consumer data, if just breathing kills us?

Make no mistake, we are there.

Just a few weeks ago, in September, the University of Chicago released its Air Quality of Life Index, which warned that across Bangladesh, India, Nepal and Pakistan, the average citizen would live 5 , 6 additional years, if air pollution was reduced to meet World Health Organization guidelines.

If pollution levels persist to 2019 levels (in fact, they have worsened considerably), people in Delhi and Calcutta will lose nine years of life expectancy. For Dhaka, this number is just as disagreeable as 7.7 years.

It doesn’t always have to be.

For an example of how to turn the tide, just look at Beijing. From an international synonym of toxic air at the turn of the new millennium, he got the situation under control. In IQAir’s 2020 data, the giant Chinese capital is not even among the 100 worst cities in the world.

The same can happen anywhere, all it takes is political will and visionary leadership.

When the University of Chicago released its index earlier this year, Michael Greenstone, director of its Energy Policy Institute, summed it up very well: â€œHigh levels of air pollution are a part of people’s lives. in [South Asia], just as they were in the United States, England, Japan and other countries in the past. Over the past decades, considerable progress has been made in many of these countries, but this progress is not by chance: it is the result of political choices. “