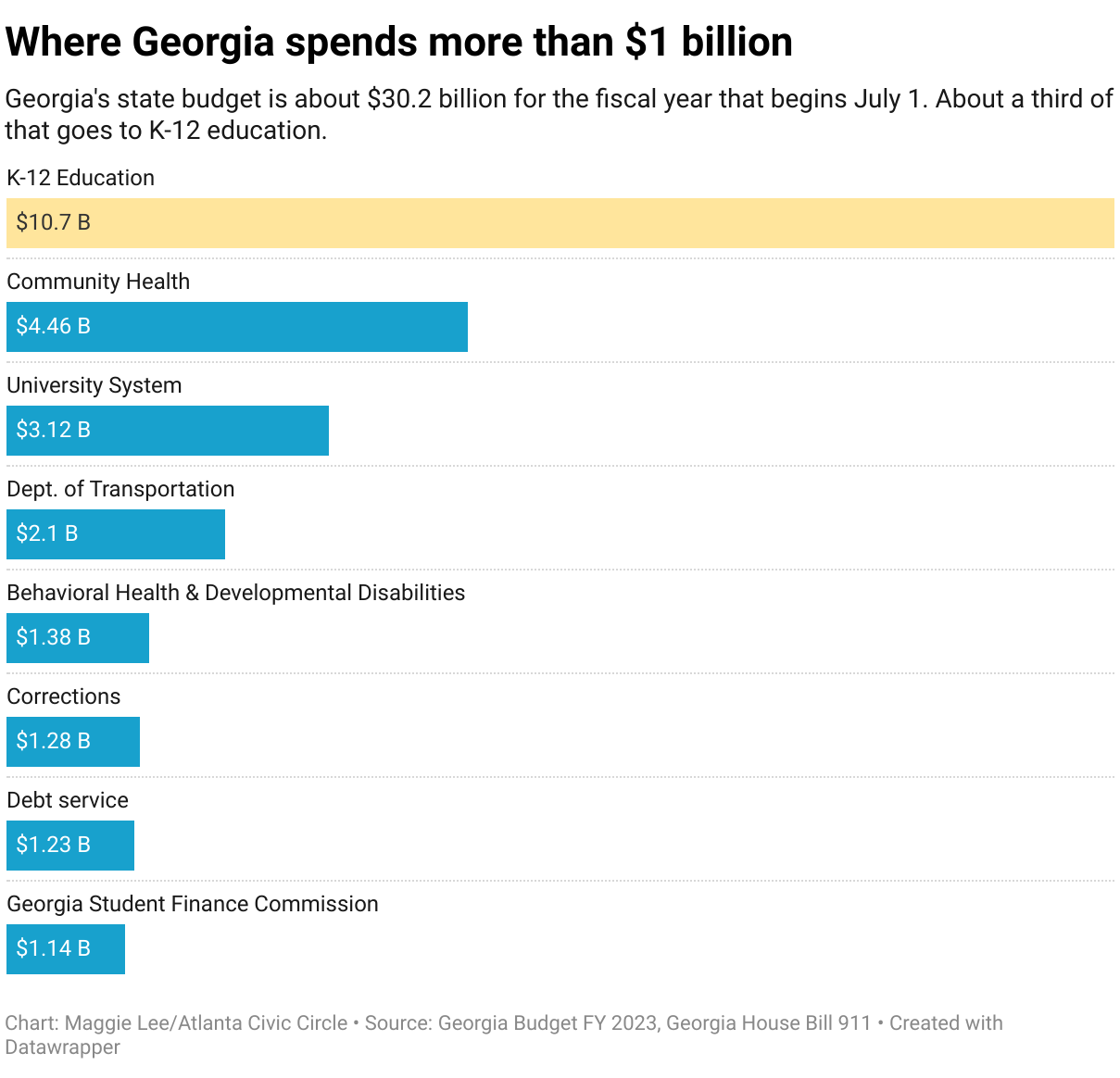 Georgia will spend $30.2 billion next year – mostly on education and health care

Georgia’s new $30.2 billion budget includes about $950 million in increases for a state workforce that seems eager to leave. In each of the past five years, about one in five state employees quit – the last rotation rate was over 23% for the last fiscal year, which ended last June.

The state auditor himself told the budget writers that just about an entire audit team recently was hired by a metropolitan school system for an increase of approximately $30,000 each. The turnover of prison staff contributed to conditions bad enough that there was at least 20 murders in state correctional facilities last year.

Overall, the spending plan represents a 10.8% increase over the current year’s budget after cuts during COVID-19. The main spending categories are education and health care, which were the areas where the cuts were the biggest last year.

The increases, England said, “lift up our entire workforce as they continue to function perfectly for us across the state”.

England also highlighted around $180 million in new funding for mental health programs for the 2023 financial year which starts July 1.

The budget passed both houses of the legislature with overwhelming bipartisan support.

Georgia Senate Democrats say the budget isn’t perfect, but tweeted that “it reinstates deep cuts to agencies and services, provides raises for teachers and state employees, and fully funds the [Quality Basic Education] formula for education. For most of this centurythe state has failed to fully fund its own benchmark education spending under the QBE formula.

But future state budgets may not be so robust. Less than an hour after the House approved the 2023 budget, the House and Senate, again with bipartisan support, approved House Bill 1437a path to a lower, flatter and more regressive income tax.

Supporters, including state Senate finance committee chairman Chuck Hufstetler (R-Rome), hailed it as a massive tax cut, but he also told colleagues Monday that the proposed The law would cost the state about $1 billion a year if the cuts were fully implemented, representing about 1/30th of the state’s budgeted revenue.

Critics from the nonprofit Georgia Budget and Policy Institute pointed out that wealthier people benefit more from income tax cuts — and that for most Georgians, the savings would be less than $200while the cost in a few years would be closer to $2 billion a year.

With that, please take advantage of some budget details:

Note: The figures in these graphs are taken from the Budget of Georgia for fiscal year 2023 and follow the reporting conventions in this budget, reflecting what is listed as “public funds.” This primarily means money from state sales and income taxes, gas tax, and the lottery.