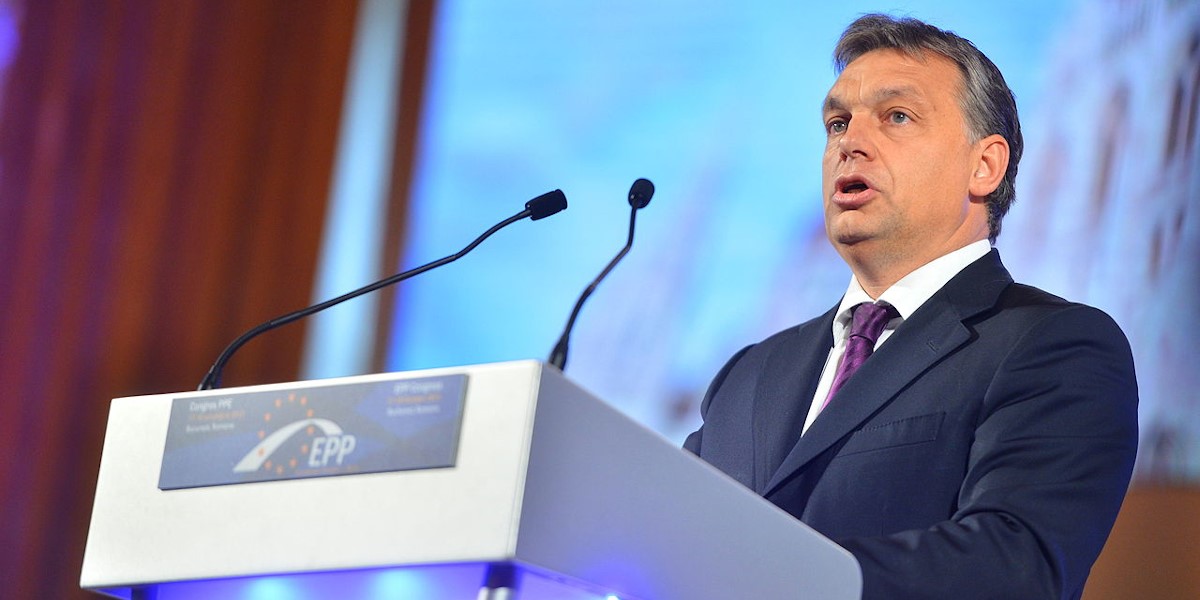 Red Pepper has launched a vital Crowdfunder to lay the foundation for our future. Donate today.

Students in England understand very well the impact of neoliberal reforms in higher education, aimed at transforming universities into institutions whose raison d’être lies in their competitive market value. The current attacks on “woke” students and cries for so-called “free speech” on campus seem to point to an emboldened right-wing approach to defame and marginalize higher education in the national zeitgeist. English.

Hungarian Prime Minister Viktor Orbán’s reforms show that another right-wing path is emerging elsewhere in Europe. Orbán’s government sees higher education as essential to extending the grip of the ruling Fidesz party over the whole of Hungarian society. His approach is not to destroy, but to take control of the sector.

On the one hand, some policies since Orbán’s election in 2010 look like neoliberal privatization. Most universities have been transformed by the creation of private foundations which now manage them. Tuition fees have also been partially deregulated. Some students have state-funded tuition waivers, but most are now fee-based. This disproportionately affected students in social sciences, humanities, education, law and administration. Students who receive scholarships are also bound by a contract obliging them to work in the Hungarian labor market.

In 2018, a new Ministry of Innovation and Technology (MIT) was created, which determines funding for research and universities, including the former large Hungarian Academy of Sciences. Researchers must lose all appearance of engaging in critical social science and compete for funds on the basis of putative economic utility. General policy of MIT prioritizes applied research funding which results in economic innovation.

Understanding Hungary’s journey forces us to look beyond the motivations for privatization and deregulation in Britain. In typical orbánite mode, political power accumulates through selective commodification. In this strategy, ideological, economic or political rivals are weakened or even eliminated by privatization. Once a sector is weakened or destroyed, the faithful of the Fidesz party take over. This well-rehearsed strategy centralizes power, with profits, jobs and wealth funneled to party dependents.

Higher education was no exception. The Hungarian higher education sector is divided between weakened universities that have suffered commodification and heavily state-funded and politically dependent institutions. While most universities have come under the control of private foundations, they are governed by five-member boards of trustees, three of whom are appointed by the government. University chancellors are also appointed by the government, with administrative and financial control over the institutions.

It is no coincidence that one of Orbán’s most anticipated political speeches takes place every year at a summer school for Hungarians in Romania.

Privatization and increased government control over historic Hungarian universities stands in stark contrast to the regime’s support for institutions that are the new crown jewels of Hungarian higher education. Of these, the most important is the National Civil Service University, Ludovika, founded in 2012 by the Orbán government. It enjoys the full financial support of the state, aiming to cultivate a educated nationalist elite rooted in conservative Christian values. This new elite is also being nurtured to be pro-capitalist, to transform the European Union project from within, and to imbue students with a sense of standing’in the “castle” of the Hungarian state‘.

Another winner is the Mathias Corvinus College, an institute of higher education whose importance was recently highlighted by the Orbán regime. The government has given this small institution a $1.7 billion in cash and stocks, transforming it from a little-known institution into a global center of conservatism. This has already paid off, making Budapest the new rome right-wing intellectuals and politicians.

The left might be surprised to learn from Orbán’s approach to universities and politics in general. The first lesson is that Orbán understands with complete clarity the importance and power of the central state, and this has implications for higher education. Regaining control of the state after the post-socialist liberalization of the 1990s was one of Orbán’s main goals. As such, there can be no serious higher education reforms without articulating a broader path to power.

The second related lesson is that there is no path to power without universities and educational projects. Orbán and his strategists understood the importance of education in the Gramscian sense in the years leading up to his election in 2010. They cultivated ‘civic circles‘ which sought, from the outset, to engage with middle-class citizens outside of Budapest. These civic circles transformed citizens into supporters of Fidesz. The process united party activism with educational and cultural activism, leading to the seizure of power.

Educational projects such as the Central European University Project Socrates in Hungary are working to cultivate an alternative space, offering the content of university education to those who have not had opportunities. Although the Socrates project is not linked to any particular political party, it has the merit of offering an approach to education that is not overloaded with convoluted utopian ideals. The recipe is simple: everyone has the right, and the ability, to read, write and discuss, and this opens up otherwise foreclosed possibilities.

It is a lot to ask academic staff to teach outside of their normal teaching duties. But for those in secure positions who don’t have heavy caregiving duties, the time spent on such projects can be important for the future. Left-wing political parties must work to build these bridges.

It is no coincidence that one of Orbán’s most anticipated political speeches takes place every year at a summer school for Hungarians in Romania. It was also the site of his now famous ‘illiberal democracy‘ in 2014, when he outlined his vision for a new state ‘based on national values’, along the lines of China, Russia and Turkey. As Orbán and his party fully understand, universities are a structuring element in building a new future in his image.

This article first appeared in issue 235, ‘Educate, agitate, organize‘. Subscribe today to get your copy and support independent, fearless media

‘Affordability checks’ could be rolled out for vulnerable punters betting online