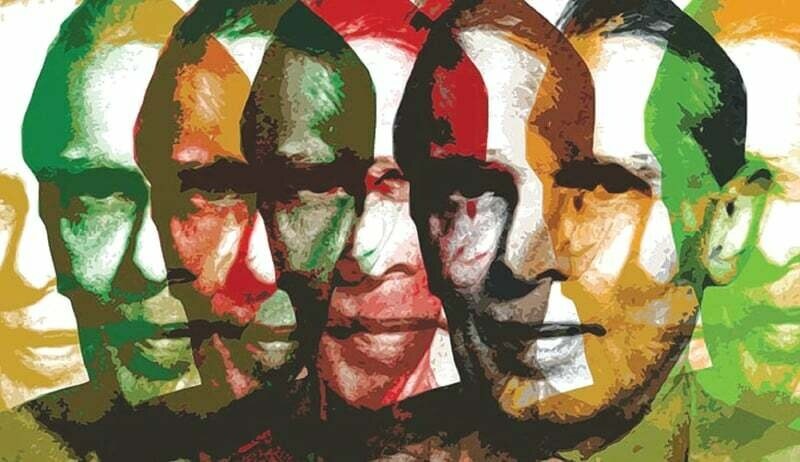 Jinnah’s ideals on the form of governance – Journal

I read with interest the letter “The Quaid and its preference” (February 17). What appears on page 81 of The Jinnah Anthology, which was compiled and edited by myself and the late Professor Sharif Al Mujahid and published by Oxford University Press, bears the image which accompanied said letter, showing a handwritten note by Quaid-i-Azam Mohammad Ali Jinnah. But it has to be seen in the right context.

The note in question appears to reflect the Quaid’s thoughts regarding Pakistan’s future Constitution and assumes that parliamentary democracy has been successful mainly in England and that a presidential form of government might be more appropriate for Pakistan.

In the same note, Mr. Jinnah also wrote that “the state exists” (as Aristotle said) “not only for life but for the good life”.

The above reflections from the Quaid should not be read in isolation. I would like to refer and reproduce for the benefit of the readers what Mr. Jinnah had to say on the subject of the future Constitution of Pakistan in his broadcast to the people of the United States in February 1948, while the handwritten note is dated July 1947, before the birth of Pakistan.

The relevant part of Mr. Jinnah’s address to the American people in February 1948 reads: “The Constitution of Pakistan is yet to be worked out by the Constituent Assembly of Pakistan. I do not know what the final form of this Constitution will be, but I am sure that it will be of a democratic type, embodying the essential principles of Islam. They are as applicable in real life today as they were 1,300 years ago.

“Islam and its idealism taught us democracy. She taught the equality of men, justice and fair play to all. We are heirs to these glorious traditions…as the drafters of the future Constitution of Pakistan. In any event, Pakistan will not be a theocratic state. We have a lot of non-Muslims – Hindus, Christians and Parsis – but they are all Pakistani. They will enjoy the same rights and privileges as all other citizens and will play their rightful role in the affairs of Pakistan.

We in Pakistan must do our best to ensure that our democratic system succeeds in all respects by following the principles, ideals and vision of Mr. Jinnah and the essential tenets of Islam which have taught us democracy, equality, justice and fair play.

If these principles are followed, our form of democracy will grow stronger and we should expect leaders to emerge from parliament in Mr. Jinnah’s role model with a courageous sense of duty and a personal code of honor and public integrity.