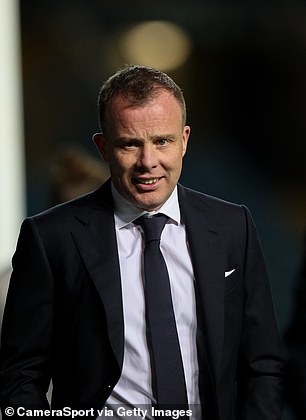 By David Coverdale for Mailonline

Leeds chief executive Angus Kinnear distastefully took aim at the fan-led scrutiny of football governance – comparing his recommendations to the Maoist regime in China which was responsible for a famine killing millions.

The review, which was commissioned by the government and published last week by MP Tracey Crouch, proposed an independent regulator and Premier League clubs paying a ‘transfer tax’ to support the football pyramid.

However, writing in his program notes ahead of Leeds’ game against Crystal Palace on Tuesday night, Kinnear said: “Football is a private sector business and has thrived that way.”

“Imposing football a philosophy akin to Maoist collective farming (which the students of the ‘Great Leap Forward’ will know to have resulted in the greatest famine in history) will not make the English game fairer, it will kill the competition which is its life force.

“Teams lower down the pyramid don’t need their resources artificially inflated, they need to live within them.”

Former Chinese Communist leader Mao Zedong was responsible for the Great Chinese Famine that took place between 1959 and 1961 and is believed to have killed tens of millions of people.

Kinnear’s comments sparked an angry reaction from football fans and Salford co-owner Gary Neville, who tweeted: ‘Everyone remembers when Leeds United were in the Championship sweating like crazy on their own financial situation if it did not increase. How did we get here in 12 months?

‘A sad situation. Surely even Leeds fans don’t like these program notes on the fan-run review.