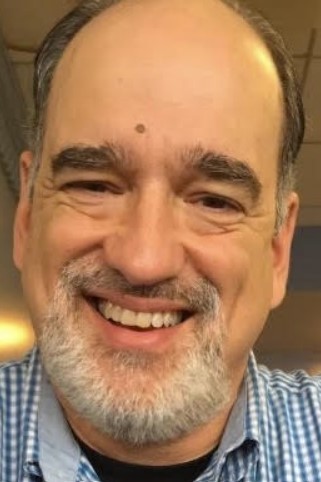 He was the beloved husband of Kimberly (Parker) to whom he was married for 40 years; beloved father of James Martone and eldest son of the late Peter and Louise Martone of Cranston.

Arthur began his sports career at the Providence Journal in 1972, before becoming a sports editor. He helped run Providence Journal’s online sports services before moving to NBC Boston Digital Sports for the final decade of his career. He retired in 2019 but continued to write for a number of online sites. Those who worked with Art admired his wisdom, wit, editorial prowess and incredibly deep knowledge of New England sports. He mentored many sports journalists who rose through the ranks. His writing has earned him accolades and awards, including Boston Magazine’s Best Sports Writer (1998). He was an early pioneer of digital sports media, hosting one of the first online sports blogs in New England. He was a lifelong sports enthusiast and Boston Red Sox lover. His passion and knowledge of the Red Sox earned him a spot in the documentary The Curse of the Bambino (2003). A permanent resident of Cranston, he was a member of the sacristy of the Church of the Ascension and very active in parish life. He was inducted into the Cranston Hall of Fame in 2015 (and later served on the board). He served the RI Hockey Hall of Fame as a board member and writer and was a member of the Baseball Writers Association of America.

More importantly, Arthur was a genuinely kind man who lived his life with a cheerful spirit in friendship with others. His daily life has been enriched by the closeness with friends, some of whom date back to his childhood. He was always there with his extended family, spending countless wonderful hours with his sister, Linda (Martone) Reilly and her husband Vincent, his brother, David Martone and his wife Cheryl, his brother-in-law James Parker and his wife Maria . , and his many nephews and nieces: Jessica (Parker) Johnson and her husband Jesse, Travis Parker and his wife Katie, Sarah VanFectmann and her husband TJ, Samantha Martone, Peter Reilly, Michael Martone and his wife Jesstina and Katie Reilly, as well as as well as numerous great-nieces and great-nephews and close cousins. He was loved and will be dearly missed by all of them.

Relatives and friends are invited to attend his funeral at the Church of the Ascension, 390 Pontiac Ave, Cranston, on Saturday at 10 a.m. Visiting hours are Friday from 4 p.m. to 8 p.m. The burial will be private.

To send flowers to the family or to plant a tree in memory of Arthur D. Martone, please visit the Floral Boutique.