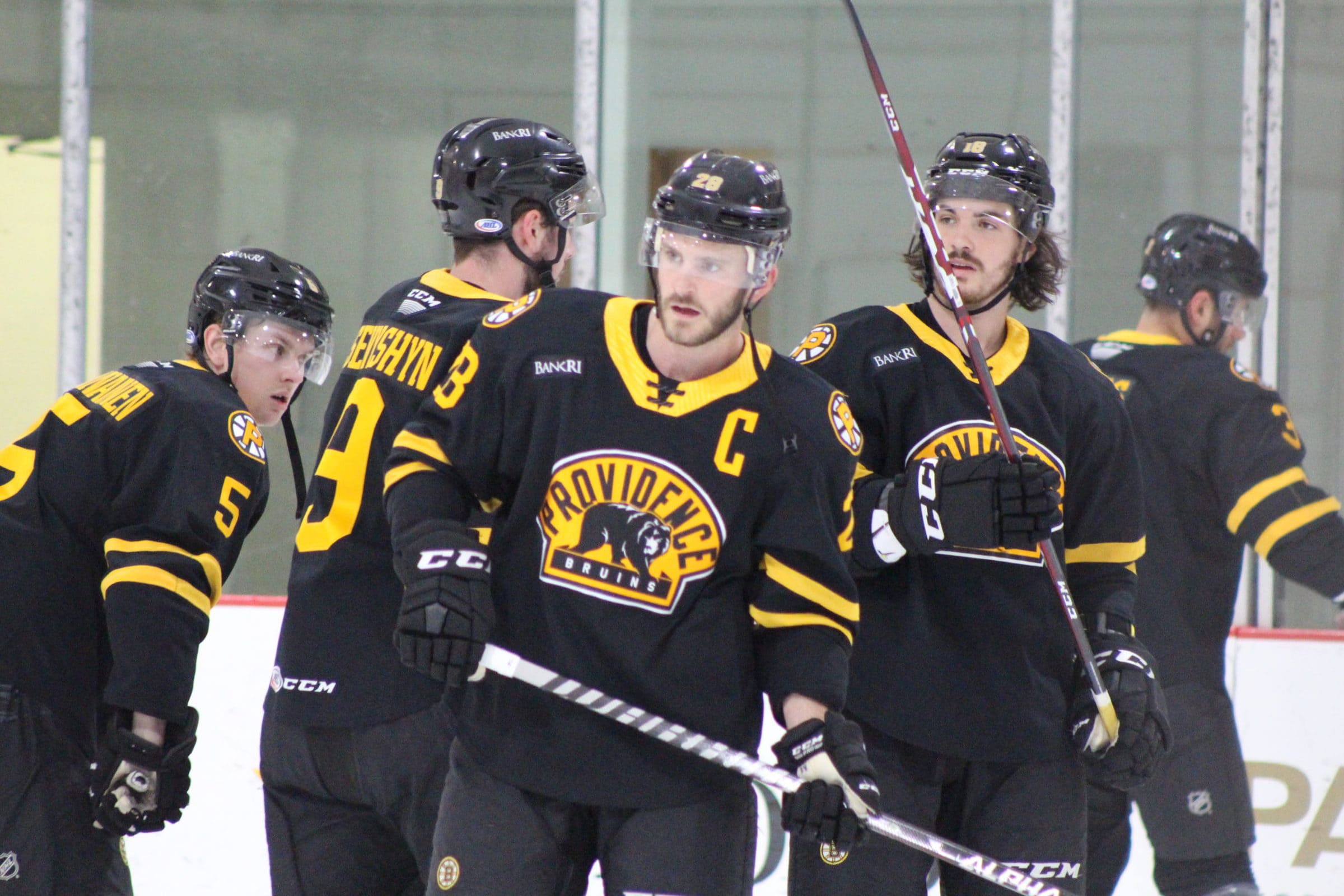 MARLBOROUGH – The Providence Bruins came in this week knowing for sure they were about to play their final games of this atypical season at the New England Sports Center in Marlborough.

This is because the AHL had just announced that it would not be hosting a playoffs this spring due to the ongoing COVID-19 pandemic.

The Bruins disappointed to miss the playoffs

News of the lack of playoff plans broke on April 29 just as the Bruins took to the ice at Marlborough for their penultimate home game of the year.

It immediately stung, according to head coach Jay Leach.

â€œIt’s disappointing,â€ he said. â€œI am really disappointed for the players. You don’t get those years back.

The cancellation of the playoffs hardly took the team by surprise, however. AHL players, coaches and fans have speculated for much of this modified season that the league will not be pushing a playoff list.

Still, that didn’t soften the blow for Bruins players and the rest of the team’s community.

â€œWe all knew where this was going to go,â€ Leach said on April 29. “But the end of it is certainly sinking.”

As of May 2, Providence held first place in the small three-team Atlantic division. Although they have recently weakened, they already posted the best record in the entire league earlier this spring.

Their defense has always ranked well against other teams in the United States and Canada, just as their offense has at times led the league in terms of goals scored.

This strong non-playoff season comes after COVID-19 also disrupted what was an outstanding performance at Providence last spring.

When the pandemic struck and caused the AHL season to be canceled on March 11, 2020, the Bruins were leading the League Eastern Conference and preparing to attempt their first Calder Cup championship victory in the LAH since 1999.

â€œWe never had a time when we weren’t trying to play for something,â€ he said, considering three games remaining on the schedule at the time. â€œWe definitely always try to play for pride here and the guys do a great job coming in to work every day. But it’s no secret, the big carrot at the end of the tunnel is what we all play for. We really haven’t had that in the last couple of years.

With their season now over, the team enters the offseason and bids farewell to the New England Sports Center where it has played home games this year due to COVID-19 related activities at its home arena, the Dunkin Donuts Center, in Providence.

Team operation will soon be leaving the NESC as, going back to January this year, team owner H. Larue Renfroe, who also owns the New England Sports Center, stressed that this relocation was temporary.

â€œThe team is from Dunk, where we look forward to returning next season and beyond,â€ he said at the time.