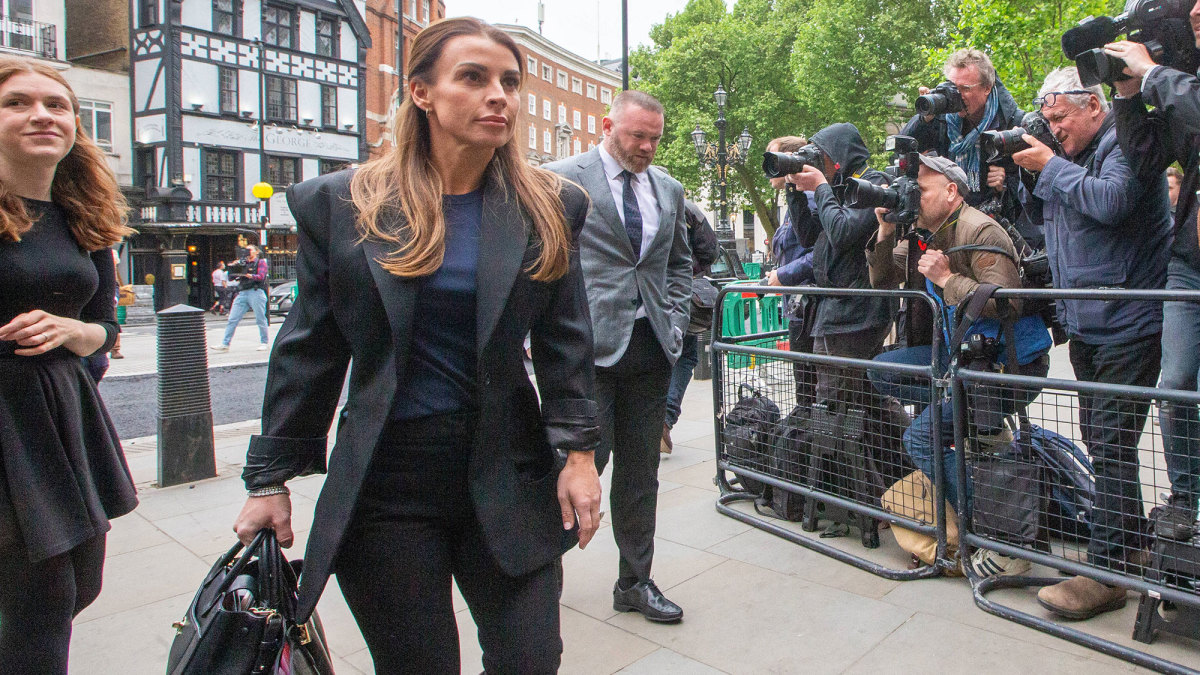 LONDON (AP) — A trial involving two soccer spouses, one of whom has publicly called out the other for allegedly leaking his private social media posts to a British tabloid, opened in London on Tuesday.

Rebekah Vardy, 40, sued for defamation after Coleen Rooney, 36, accused her of sharing Instagram content with The sun newspaper in October 2019.

The celebrity court drama has sparked huge interest in Britain because both women are TV personalities and both are married to famous British footballers – Rooney to former Manchester United and England star Wayne Rooney, Vardy to Leicester City and England striker Jamie Vardy.

A crowd of photographers accompanied the two women as they arrived at the Royal Courts of Justice in London.

Rooney said she deliberately posted fake stories on Instagram for several months to find out who was leaking her private information to the press.

In a social media post that quickly went viral, she said she knew Vardy was responsible because she blocked everyone but an account owned by Vardy from seeing her Instagram Stories.

The courtroom confrontation has been dubbed the ‘Wagatha Christie’ trial, a play on the slang term ‘WAG’ – wives and girlfriends of soccer stars – and the name of the perpetrator Agatha Christie – a reference to Rooney’s alleged detective work.

Vardy’s lawyer, Hugh Tomlinson, said his client “had no choice but to bring this defamation action to establish his innocence and assert his reputation”.

Tomlinson said Vardy had made “strenuous but unsuccessful attempts” to settle the matter, but Rooney would not remove his accusatory post.

He added that the dispute and ensuing libel case had been the subject of intense media coverage and a source of “entertainment” in the media. But it caused deep distress for Vardy, who suffered online abuse, he said.

Vardy denied Rooney’s accusation in court on Tuesday, saying “I didn’t give any information to a newspaper” and “I didn’t leak anything to anyone.”

Rooney’s attorney, David Sherbourne, alleged there was evidence that Vardy discussed the leak of other people’s private information with his publicist and friend Caroline Watt.

He also accused Vardy and Watt of deliberately destroying evidence in the case, including Watt’s phone, which was lost after it fell into the North Sea.

It was ‘more likely than not that Ms Vardy knew and approved of Ms Watt passing on secret information about Ms Rooney’s private Instagram account to The sun“Sherbourne said.

The trial is expected to last seven days. Rooney and her husband are both expected to testify later.