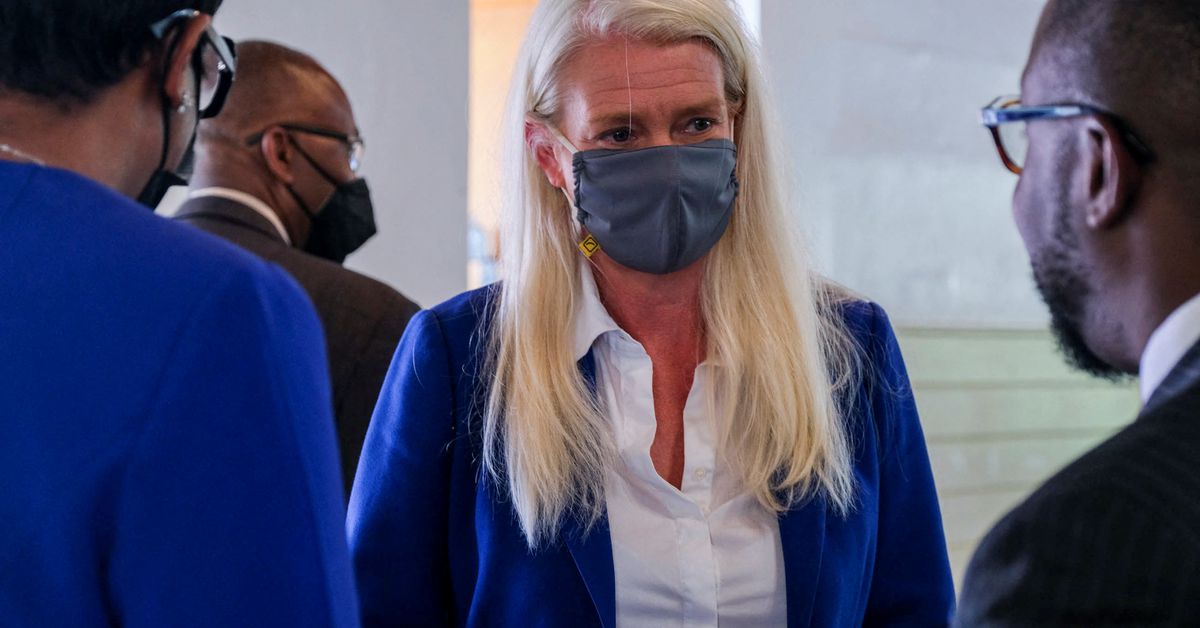 Rt. Hon. Amanda Milling, Britain’s Overseas Territories Minister, meets community leaders at Road Town Methodist Church as a proposal is considered to place the Overseas Territory of the British Virgin Islands under London rule , after the arrest of the island’s prime minister. in Miami for conspiracy to traffic drugs and money laundering, in Road Town, British Virgin Islands, May 3, 2022. REUTERS/Gabriella N. Baez

LONDON, May 5 (Reuters) – Britain said on Thursday action was needed to strengthen the foundations of governance in the British Virgin Islands, following a visit by the overseas territories minister Wed Amanda Milling to discuss the findings of a critical report.

“It’s not a question of whether something should be done, it’s a question of what to do, we must act now to strengthen the foundations of the territory,” Milling said in a Facebook video. .

Last week, a report on governance in the British Overseas Territory said it should have its constitution suspended, its elected government dissolved and effectively be governed from London. Read more