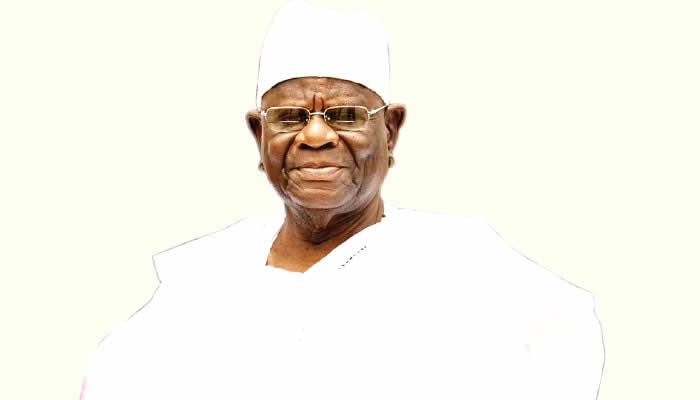 Kola Daisi University Founder and Chancellor Ibadan Chief Kola Daisi in this interview tells GRACE EDEMA that quality graduates will be produced in Nigeria if teachers are diligent and parents are disciplined.

Can do you describe education in your time and now?

Generally speaking, you would say that there has been a decline in the quality of education. When we were in sixth grade, we could write compositions that were sometimes even better than what we have in universities today, not just at the high school level. By the sixth grade we could write compositions and essays etc, but you (the current generation), which you may have missed in the formal instructions in the classrooms etc, you will get from your exposure to an informed and technical society. We had no television at all in our day. When the first TV channel came, I think it was 1954/1955 when I was on my way to college. Today, you benefit from the advantages of these information and communication technologies. These are opportunities we haven’t had and which have evolved to increase your own lack of rigorous classroom instruction.

So I’m not always inclined to say yes or no that there has been a decline. Maybe in teaching as a profession there may have been a decline, but your generation was fortunate enough to have these other developments that we didn’t have in our time. Admittedly, you are more educated than I in computer science.

Information and communication technologies have brought about a universal and paradigm shift. People can even teach themselves over the Internet once they are exposed to class six or class two or three. You don’t have to go to class to learn anything today, because practically we can get anything on the Internet.

What are these things that you would suggest adding to the Nigerian education system to bring it up to standard?

Diligence, especially on the part of teachers and discipline on the part of parents. We will go a long way if these two elements are instilled in the education system. If you want to talk about improving the sector, you have to take society first because the general opinion is that the percentage of gross domestic product spent on education in Africa, as a whole, is far too low for the United Nations. . medium. Where Japan, for example, spends between 15 and 20 percent on education, all African countries should individually devote more than 50 percent to education. But, if despite the pedestal they have reached, they still devote around 15% of their budget to education and we only spend between 7 and 8%, it is because while these developed countries are rising, developing countries like Nigeria prefer to go down and back. This is the starting point, when are we going to be able to invent the inspiration of Bill Gates for example? It is almost impossible. I tried 30/40 years ago to help one of my grandchildren with his math homework and found out that I was totally illiterate, even the person I was trying to help was way ahead me.

While we can complain about the retreat of our educational system, it is impossible to maintain this mental attitude in the advancing world as a whole. It makes you want to cry when you see that despite everything, teachers are not paid, and when you pay them, paying them the kind of salary that will interest them in what they do is not feasible. In Africa in general, we have schools with 100 students per teacher. There, you will be officially penalized if you have more than 20 to 25 students per class.

But in universities you can’t cut corners because the condition is more difficult there. Can anyone even set up a private university knowing that they have put their name and integrity on the line and the infrastructure is not in place?

In our time, only five or six people were teachers involved in private lessons, and teachers and popular subjects could hardly have more than 30 and 40 students coming to the lessons. We were literally taught like elementary school kids, and if you weren’t good enough they wouldn’t promote you. You give up or repeat. In 1959, in our final exam class, a young boy said he wanted to go smoke, he came back after 15 minutes and finally had a first class. This is the difference between our education here and abroad. Our teachers have to work hard to be able to achieve the kind of results that society expects. Society is right to expect the best because these young people are the ones who will carry the future of the country.

Recently, ASUU opposed the creation of an education bank that allows students to access loans to pay their tuition fees and to repay them when they start working. Some private school owners are in favor. What do you think about it?

It is a tremendous accelerator for higher education. I fully support it. ASUU is a union of academic staff from universities. Sometimes they’re on the student side, other times they’re not. I fully support the proposal. The truth is that in most of the civilized countries of the world virtually all governments have a student loan facility. Sometimes it is abused, but it practically exists in other countries of the world. Come to think of it, many parents get richer, but the truth is, education is expensive. If you want to spread the cost of education among the students, you will force their institutions to do so. It thrives well in France, Great Britain, Germany and America where they have a very efficient administration.

For example, if you are graduating from college in England and America, they know when you start a job and your employers are forced to make deductions, like when you make income deductions to pay income tax. . The initial capital that they started it with is as if it isn’t going down at all and it has become a basic fund from year to year. Generations of students can access loans. In three, four, five years, when they graduate, they start paying back. And in most cases, they are not lacking. I think the incidence of defaults is no more than four or five percent. It is therefore one of the greatest supports that the student can have anywhere.

But the danger of bringing this sort of thing into African countries, especially Nigeria, is that either people are not efficient, especially in the management and administration of the fund, or people are getting poorer and poorer. more, sometimes unemployed and not able to repay. How many of our new graduates find jobs? And if they cannot find a job, where will they deduct the loans they have taken out? That’s the downside in our environment but in other environments, especially where they’re honest, and they’re not too prone to fraud and things like that, it works well and it’s very desirable. Sooner or later we have to get it here too.

What is your advice to Nigerian students?

Work hard. Try to make the most of your opportunities. You need to be in a good mood at all times. You won’t get to where you are today if you haven’t worked hard. Therefore, I guess you worked hard before it came to this.

Come to think of it, generations come and go, we will gradually fade away and you will come into the picture. If you don’t do something almost positively different from what we did, the company will ask.

What is unique about Kola Daisi University?

We try to admit the students with the best results and we try to encourage them. We focus on the fields of study that will help them become self-employed once they graduate. We are in a competitive environment, everyone wants to carve out a place for themselves, but it takes time and a lot of sacrifice. We try to encourage our teachers and staff to do their best, which will invariably affect student performance. If you admit the best and make sure the teachers are doing their best, just sit back and watch what the products are going to become.

Why did you decide to go straight into university education?

I did not invest in secondary education because it is commercial. I entered directly into university education. Hundreds of thousands of young boys and girls drop out of high schools, only a handful are able to get opportunities at government-established universities, especially federal universities. Then states started showing interest in university education, but even then it was not enough to accommodate the large number of high school leavers.

So far the percentage of opportunities for children is very low. I think that was the motivation for the government to allow private universities. People who are interested in education like me are trying to adapt to it.

All rights reserved. This material and any other digital content on this website may not be reproduced, published, broadcast, rewritten or redistributed in whole or in part without the express prior written permission of PUNCH.

Environmental, social and corporate governance and risks for institutions